Welcome to our Curious Characters page!  We have already met so many interesting people that this idea was bound to happen sooner or later.  We thought it would be fun to make a little profile on some of these characters. 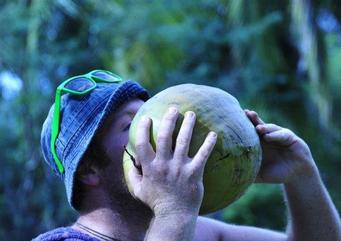 Fred the Nomadic Chef
Fred is a half-French, all German chef who for the last fifteen years has been sharing his talents all over the world.  After receiving his training at a hotel in Germany, he spent a few years working around the South of Germany and near the French border.  His passion for travel then led him to work in some of the most beautiful places in the world, including Panama, Australia, the Krabi region of Thailand, and the cities of Tulum, Mexico and Granada, Nicaragua. In addition to his chef training, his ability to speak to customers in German, French, English and Spanish make him an asset in restaurants worldwide. 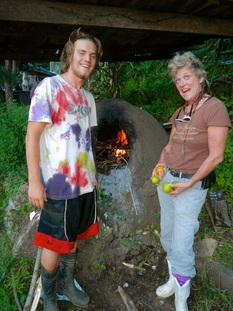 Suzanne
With a variety of nicknames which include: Suzanne-The-Man (1980s), Mojada (1990s), Rat-Lady (2001 by her slum landlord), Bat-Lady (our nickname for her because of her highly advertised bat cave), and Bandida (2010s), Suzanne is without a doubt one of the most curious characters that we've had the privilege to encounter.  A passionate, enthusiastic, dedicated, intelligent and certainly a bit eccentric environmental and social activist, Suzanne is chock-full of a wide range of stories and experiences that, in the week we spent with her, opened our eyes to a whole new world of possibilities.  She's also the first person we've met who can, through the juggling of multiple tangents, successfully tell three or four stories all at once. 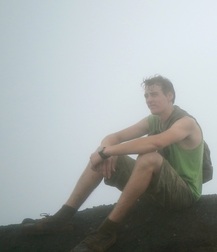 Devon
Devon is a lanky, charismatic lad who walks with the unmistakable swagger of invincible youth (either that or the hundreds of hours spent kneeling in a kayak have damaged his hips and knees).  At any rate, he’s the kind of guy who you take an instant liking to, especially if he’s busted out his trademark smile and wink.  In his early twenties, Devon has the wilderness wisdom of a seasoned adventure guide.  Devon grew up near Ottawa, Canada and was first introduced to the idea of guiding through an incredibly supportive and committed high school Outdoor Ed teacher. 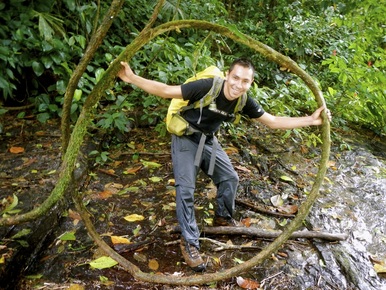 Marcos taking us on a hike
Marcos Garcia
Marcos is a 29-year-old entrepreneur from the small farming town of Mastatal.  While the majority of his peers and family have relocated to the city of San Jose after high school in order to find jobs, Marcos has fought to stay in his home town.  After a few unsuccessful career attempts (where he gained valuable trade and language skills) he believes he has finally found his calling in the eco-tourism business, working right out of his own home on his parents’ farm.  He spends most of his time doing things he loves including bird watching, meeting volunteers and guests from around the world who come to stay on his farm (we were some of those), building and landscaping, farming, and guiding tour groups around Mastatal and other regions of Costa Rica.